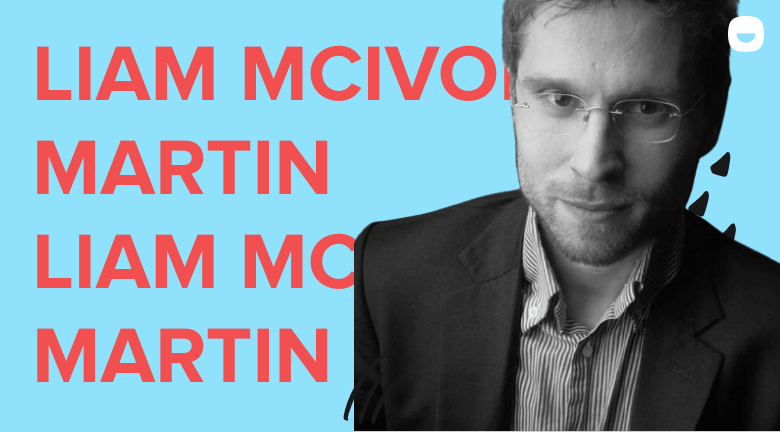 We recently spoke with Liam McIver Martin, remote work advocate, Co-founder at Time Doctor and Staff.com, and Co-organizer of the Running Remote Conference. Liam is a true serial entrepreneur; you could say he knows a thing or two about what it takes to manage remote teams, but that would be an understatement. His capacity to manage everything he's got on the go has a lot to do with his attitude towards remote work, his vibrant zest and energy, and of course, the incredible team that works alongside him.

In our conversation with Liam, we unwrapped some remote team management best practices, the keys to managing a distributed team, some of his personal productivity tips, scaling remote companies, and more!

For the last 15 years, Liam has been working remotely and mastering remote team management. Ten of those years have been spent committed to nurturing Time Doctor's mission of helping to facilitate the world's transition towards remote work. This a mission their organization lives and breathes daily, and, it's for this reason, that when venture capitalists tried to offer them money and convince them that they should move everyone into one particular office, their obvious response was no as it would defeat the entire point of their mission as a company.

Time Doctor currently operates in 43 different countries all over the world, which is a considerable number of locations considering the number of employees is just over 100. With teams drastically spread across the world, it was fitting to ask Liam what his thoughts were on salary equality for remote workers and find out where he sat on this controversial topic.

There's been a bit of controversy lately around the conversation of salary when it comes to remote staff and whether companies should pay based on role or cost of living. Many companies still struggle with how to navigate this conversation.

"I think that you should pay salaries based off of role and not which city someone is located in. So, as an example, we set a salary for support reps. It is generally the same, regardless of the locations that we're currently located."

Liam did mention that although salaries are paid based on role and not location, there are some negotiations that they often take into consideration. Find out which ones these are in our full interview with Liam (02:22).

What does the future look like when it comes to pay inequality?

"I believe there's actually going to be global pricing. And I think you're going to have the price for a developer on planet earth, not a developer that's in San Francisco or is in Montreal, or in New York."

In one of Liam's videos, the 11 Horrible Predictions for Remote Work, he shared that if global pricing is implemented, the losers will primarily be Western countries, particularly the United States. And, interestingly enough, they've already started seeing shifts in terms of salary requests at Time Doctor, with an on average, 20% bump in salary requests across the board for remote hires, because as Liam says, remote employees recognize that they can start to charge more, regardless of location.

Liam calls this the portfolio technique and provided the example of someone asking him to help build a remote SEO team, which he mentioned his capacity to achieve is probably 0.1%. The same goes if someone was to ask him to be a react developer, which he commented is something he's not really good at, and nor would he even be remotely good when it comes to how to manage a remote development team. On the other hand, his expertise and strengths are very specific, which is what gives him the upper edge.

"I can build that team effectively and I can scale it effectively better than almost anyone else on planet earth.

This is the piece that he believes most people have to recognize - be very, very good at a very select few things. If you do this, the economy will always have jobs for you. If you are a journeyman-type person it's great, but if you're a jack of all trades, unfortunately, this will likely be problematic for you moving forward.

As Liam is a recognized leader on remote team management and scaling remote teams I was curious to know which main challenges he was seeing companies face when they are trying to scale remotely.

Liam stressed that if you have an asynchronous management philosophy, the way that you operate is very different from that of an on-premise organization. One of Liam's analogies to describe the difference was this... it's like an all-you-can-eat buffet versus an à la carte.

"There's a big presumption that collaboration is the right move. More collaboration is always better..not so, and this is what remote teams have actually discovered; that the cost of everyone driving to a single location allows you to have unlimited collaboration because collaboration costs you nothing, you just knock on someone's door and talk to them."

Some people are saying hybrid doesn't work due to the divide between async and sync communication between those in the office and those working remotely. I was curious to get Liam's take on this and find out his thoughts on whether teams that choose to go hybrid, are setting themselves up for failure in the long run as they scale.

At Running Remote, they did a survey of what they lovingly refer to as the pandemic panickers and asked - how many of them were going back to the office, staying remote, or going hybrid. The results they received were quite interesting.

"I think that the remote employees that are remaining remote have probably decided that that's the way that they want to work in the future and they "figured it out". The people that are going back to the office have not, and the hybrid people are still on the bubble."

Liam believes that in 12 months from now, we'll see the attrition number inside of the hybrid category, be the most extreme. This means we'll likely see some of those people go back to the office, some of those people just go completely remote, and the hybrid number is going to get willed down, to what Liam said, he hopes to nothing.

"If you're going to ask for my personal opinion, I don't think that hybrid really works. It creates a lot of distance bias inside of the organization, where the employees that have access to the decision-maker, in the office are the people that usually move faster throughout the organization."

Despite the fact that Liam doesn't believe adopting the hybrid workplace model actually works, he does suggest, that if someone is really set on going hybrid, he would make one suggestion, which he thinks would completely solve the problem of distance bias. With that said, he also mentioned that it's likely something no leader would do - which is, don't have any of your executive team or the founders in the office.

"If you're going to go hybrid, don't have them [your executive team] in the office at all. They're not allowed to step into it. The employees can go in the office, but the execs and founders must stay remote. And that at least allows the same level of gatekeeping, towards those decision-makers. But, that inevitably doesn't happen, because of the politically unfortunate fact that the vast majority of people that want to hold an office - it's tied a lot of the times to people's ego and they want to seem like they're a bit shot and they have a big office with a lot of people in them."

Unfortunately, most people that are leading these types of businesses are men, and they are often much more objective. As Liam believes, these sorts of business owners are ones that want to show off the things that they have. T

"They want to show off that they have something bigger than someone else. And, really when I talk to people that are insisting on going back to the office, it really boils down to that, but it's something that very few of those people would be willing to admit."

Running multiple companies and teams that are spread across multiple time zones comes with many challenges. To overcome these in the best way possible and organize his day in a way that sets him up for success, there are a few non-negotiable habits and processes he follows daily.

Liam says that this is absolutely critical for him, including holding meetings only when necessary.

If there are no actual points to be discussed in an upcoming meeting, they don't have it. Liam explains that this is quite a jarring experience for a lot of people. He mentioned that there have been times when he's been in a meeting with his team and they've needed to stop and evaluate whether the synchronous meeting they were having was actually necessary and whether it's something they could have discussed in an asynchronous meeting instead.

"Are we having this meeting because we're having it or is there something meaningful that we need to actually discuss? Cause otherwise let's just all get back to work."

No emails before noon

"That is a hard and fast rule with me. I have a lot of processes and procedures connected to my day that allow me to be able to minimize the amount of decisions that I need to make and therefore reserving my energy for very important decisions."

These processes allow Liam to show up for meetings and important calls without the need to plan and organize them himself. Prior to a meeting, he's provided the context around it, and so, with a quick look at the prepared document, he can see exactly who he's talking to, whether there are any conflicts, etc.

Adopting a minimalist approach to his wardrobe

"I have the same outfit that I wear every single day,... Calvin Klein, black t-shirts, and I have about 150 of them in seven different countries throughout the world."

It may seem quite quirky to some, but many of the most successful CEOs, business execs, and leaders like Mark Zuckerberg, John Paul DeJoria, and Barack Obama, take the minimalist approach to their outfits on the daily.

When you know you're wearing the same thing every day, and you have your clothes already in your destination country, for starters, you don't have to carry any excess luggage. More importantly though, as Liam mentioned, wearing the same thing every day allows him to minimize a lot of his decision-making around what he's going to wear, regardless of his location - these are a few of the things Liam does to make his life a little bit easier.

"I have a team of assistants that help me basically facilitate the vast majority of the bureaucracy of my day I guess you could call it."

Having a supportive team to help with this allows Liam to appear on his schedule, and so it's no wonder why he mentioned that the core tool that he lives with day in day out is his Google calendar.

Liam mentioned that creating the right support team has a lot to do with understanding your personality type and where you may be lacking and need more direction.

We like to close off our interviews with one final question, and that is -  if you weren't doing what you are currently doing, what would be your alternative career path? Liam's answer was one of the more unexpected, yet intriguing answers we've had! Check out his response in the full video (16:52).

Thank you Liam for sharing the processes and habits you use daily to achieve success leading and scaling remotely. Interested in learning more about Liam and remote team management?👇

Try out - TimeDoctor.com on a 14-day free trial

Events - Sign up to the free tier of tickets on Runningremote.com and you'll be notified when the next free event goes live.

Free Talks - Get a taste of what Running Remote is all about by checking out their Youtube.