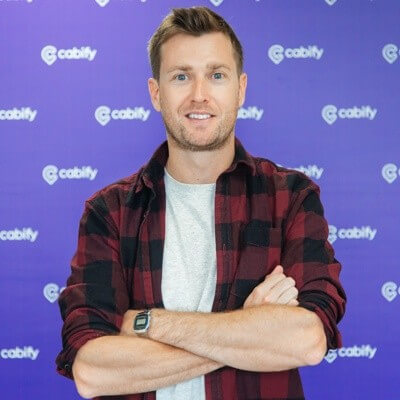 There's an obvious shift to remote and distributed work, but teams are still trying to work like they're in the same room. Whether you're full or half remote, distributed teams communicate differently; and your team needs a whole new set of habits and practices and not 16 hours a day on video calls.

As companies across the world shifted to remote work, our reliance on digital tools exploded, but most teams were not prepared for the lack of visibility and connection that came along with it. Most teams simply looked for ways to replicate the practices that worked in the office in a remote environment. This was the catalyst for us to start building Complish, but problems existed long before the explosion of remote work...

The reality is that information lives in silos and undocumented meetings. The rise of cross-functional teams and explosion of digital tools for work has only exacerbated this problem. Even a single team now has their tasks spread across different tools, and their goals and objectives typically in spreadsheets or docs. We're overloading Slack with disruptive messages and jumping in and out of Zoom calls to try and align teams.... and now, the remote-first world demands more asynchronous communication.

The first reaction to transitioning to distributed teams is usually to start scheduling more video calls to stay aligned. This works for the first few weeks, but ends up being disruptive, blocking focus and real work. What if we could keep everyone updated on our own time, without interrupting anyone on the team? What if we could replace the "brainstorming" meeting, to allow everyone to think on their own time, and then synthesize together if necessary?

We don't want to to completely avoid meetings, but we believe your time spent in meetings would be better spent maintaining a social bond with your teammates, or back and forth on strategy.

The office was always filled with distraction, but at least you knew not to interrupt someone if they were busy, or you could escape to a private space to get some work done. Trying to replicate the distractions of the office in your chat tool is a recipe for disaster, endless distraction and zero productivity.

If everyone knew what was going on, could we reduce the number of distractions? What if we could make it easy for people and teams to discuss things on their own time, and then only jump into a video call where necessary?

It's easy to jump into email each morning, start replying and call that work. But are we really spending our time in the most valuable way? What if, at the moment of considering what to work on each day,  we could help make it more obvious what the most important priorities were, guiding people to where people should spend their time.

Even before the rise of remote, it was common for people to lack an understanding of what their colleagues across the hall did each day. Remote work reduces the visibility of work even further. But, what if we could actually increase the visibility of work? What if we could give people a platform to show  their work no matter where it happens (meetings, emails, project management tools, design or development tools)?

So, with those questions in mind, we set about building a tool that help teams become more successful in this transition to distributed teams. We want to make it easy for teams to adopt the new practices necessary for running great remote teams (taking inspiration from experienced remote teams like Gitlab and Buffer).

We don't want teams to have to switch from an existing tool. We understand that teamwork happens in many tools, an rather than replacing anything, we want to give everyone a central place to see what's going on. We want to make it easier for teams to work better together, wherever they are...and we're just getting started 💪.